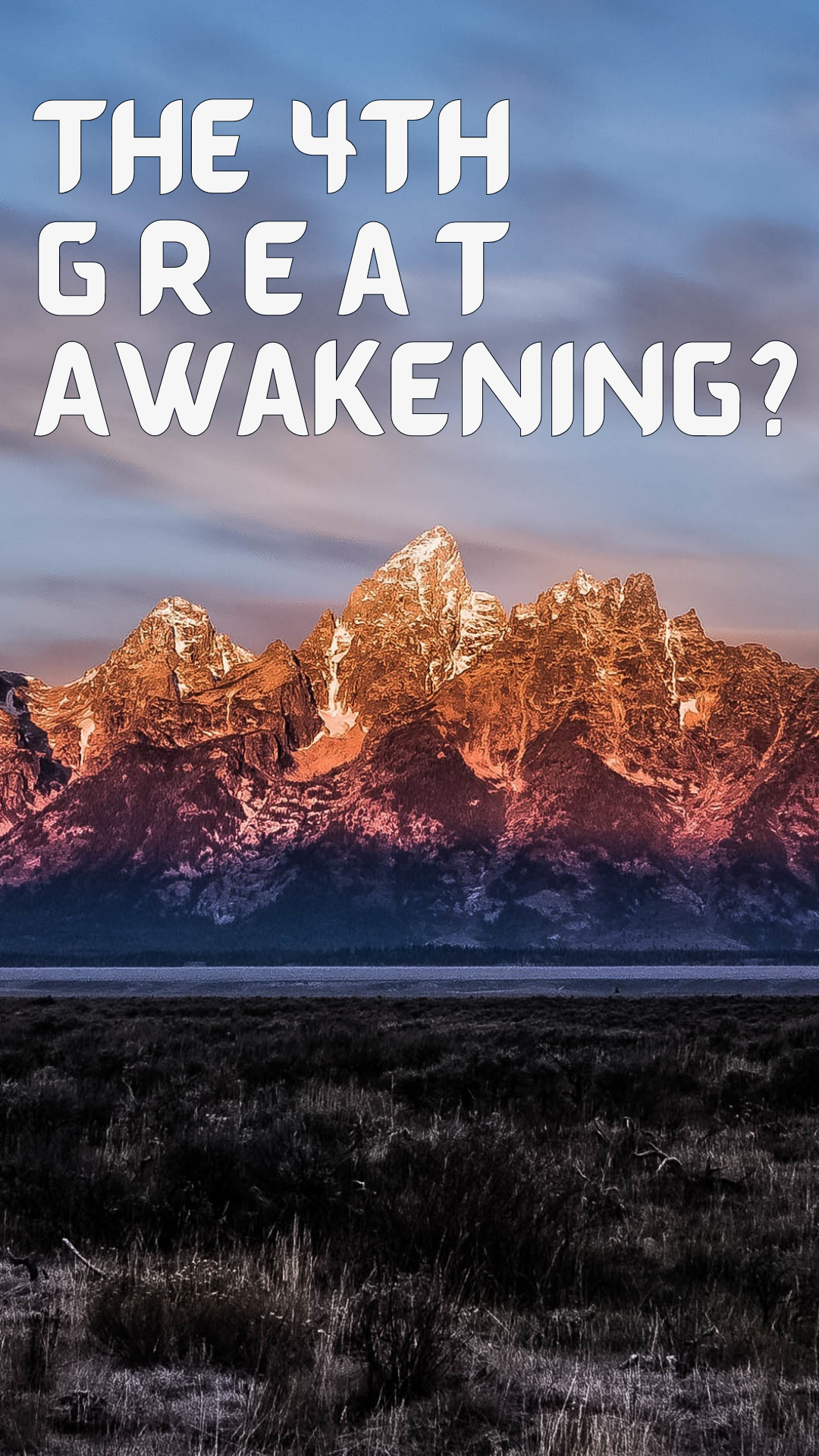 The influence of Christian Revival on American society is unavoidable when one observes how America emerged from the nations of the world into today’s global super-power. Historians have used the term “Great Awakening” to describe periods of spiritual fervor that resulted in large-scale societal change and reform toward the better. Before discussing the current period of Great Awakening that we are living in, let’s discuss the first three so that we can understand how the cycle of Christin Awakening has worked throughout American History.

The 1st Great Awakening marks a time period during the early to middle 1700s in which Christian Revival led to the unification of the American Colonies against the control of Great Britain over American society. Notable figures in the 1st Great Awakening were Jonathan Edwards, John Wesley, and George Whitfield. The widespread spiritual transformation that happened through this revival movement led to the establishment of the United States as a Constitutional Democracy in exchange for the British Monarchy that they were previously under.

The 2nd Great Awakening marks a time period in the early to middle 1800’s in which widespread revival meetings across the newly expanding American Frontier led to many societal changes including the abolition of slavery in the United States. Notable figures in the 2nd Great Awakening were James McGready, Lyman Beecher, Charles Finney, and Richard Allen. The implications of this Christian revival movement are obvious as it created the environment for the abolitionist Abraham Lincoln to be elected as President and guide the country through the civil war and the freedom of African American slaves.

If you’ll notice the pattern that emerges when reviewing the Great Awakenings of American History. In all three cases we find a period of 30-60 years in which a movement of God descends upon the country through the vibrant and committed prayers and devotion of God’s people. Through the grassroots action of the church God brings about radical political and social changes that could not be obtained through other means. This is the blueprint that we should be working from in the 4th Great Awakening. God wants to bring about the societal and political changes that are necessary for our generation not through social or political means but primarily through a widespread revival in the church.

This should cause us to begin thinking outside of our personal and selfish desires and the trivial things of life. What role will we each be playing in the 4th Great Awakening? Will you be among the legacy of those who humbled themselves, prayed, sought God’s face, and turned from their wicked ways? Will you be among those who became a catalyst for God to use in order to bring healing to our land? If we always do what we’ve always done, we’ll always be where we’ve always been. It’s time for the church to follow the example of those who went before us and seek God with tenacity and fervency in our generation.

Prayer for today: God use me in a mighty way. Cause me to live a life that is fully devoted to the spiritual disciplines that enable me to be more like Jesus. Bring a 4th Great Awakening to our Country. Send the conviction of the Holy Spirit to Your Church and lead us into a heartfelt repentance of sin. Arise O’ God and let Your enemies be scattered! In Jesus name, amen.